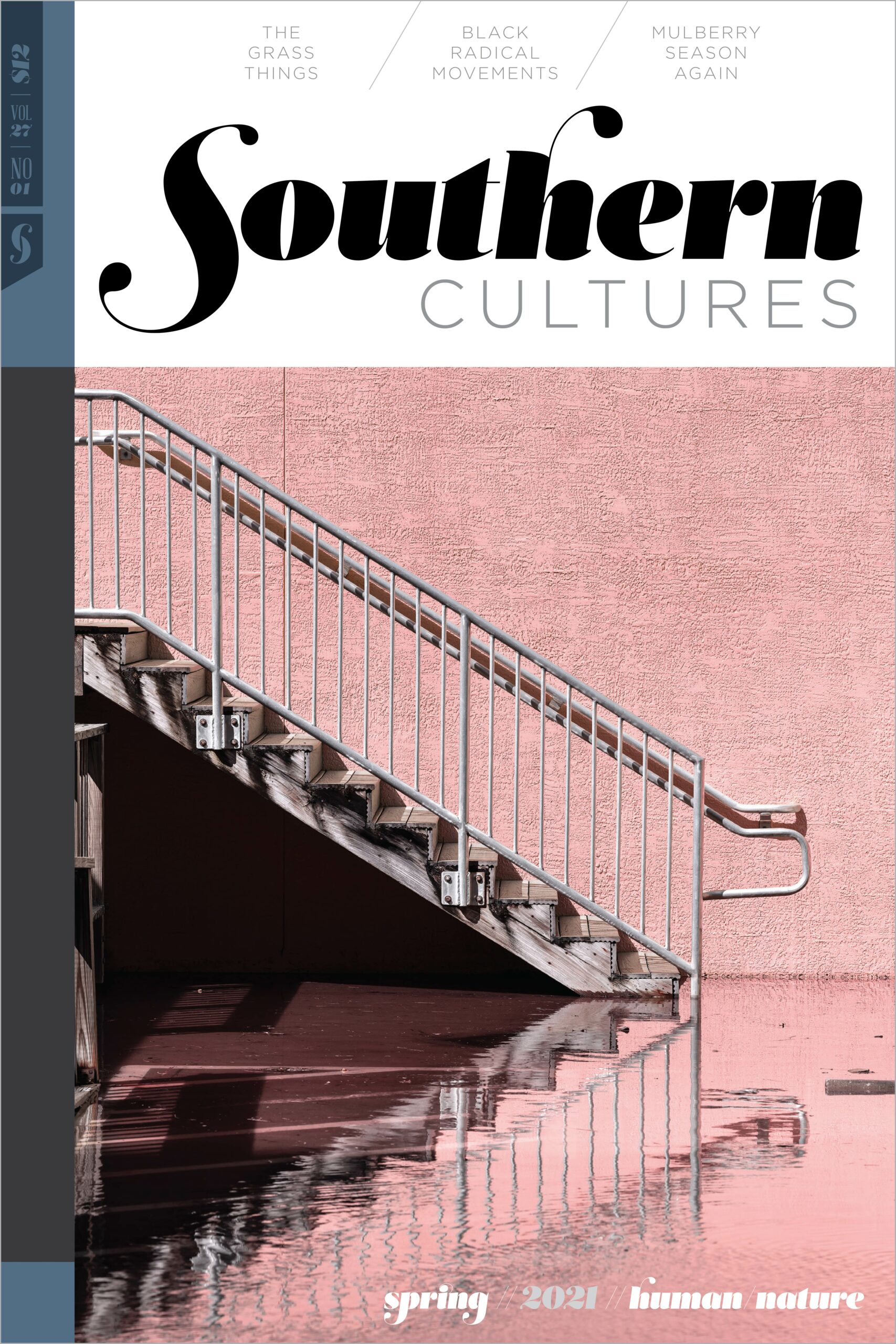 From vanishing coastlines in the Carolinas to the toxic legacies of coal ash, and from reclamations of Indigenous histories in Louisiana to Black radical environmentalism in the Tidewater, meet the Human/Nature issue of Southern Cultures. As guest editor Andy Horowitz writes, this issue “advocates for a humane vision of how people live in and with the world around them—a view of the environment as, at once, a material landscape that crunches under foot and burns on the skin, and an intellectual terrain, where ideas about place inform people’s views of the world.”

“I am struck by the deeply physical and emotional engagement with landscape that these scholars, writers, and artists reveal.”

"Whatever purpose the distinctions between humans and nature once served, humancan no longer signal a disembodied force of psychology, nor can naturebe tidily distinguished from the social construction of inequality.”

by Jeffery U. Darensbourg

“The last chance for an anecdote has passed. Not only have the wild bison of Louisiana walked on but pieces of us walked on with them.”

“I’ve looked so long for Maudell Sleet because she did make a difference. She produced the beauty that inspired art.”

by Joshua B. Guild

“It would be easy to dismiss Rahim’s dream as tragically naïve or unrealistic. But the long history of Black struggle invites, even requires, this kind of fantastical imagining.”

“‘I didn’t grow up with a disdain for free people of color, or for that area. But I grew up knowing that they wasn’t us.’”

Snapshot: Two Sides to Every Story, 2014

“Though I had been to many festivals and parades in my eight years in Louisiana, this was a distinctly different affair.”

“The past, present, and future of Hilton Head is indivisible from the African American lives and communities that have known and loved and labored on its land and waters.”

“The predictable march into each season has lost its rhythm.”

by Will Warasila, Anne Branigin

“Further suffering is not inevitable.”

“My dad had lived his life in such a way that he stuck out in nearly all settings, except in the forest.”

“I was walking—no, Mary, not through the woods / or along any breezy shore—but across the lot to the discount store.